June 27, 2018 – It’s all over the press. The Supreme Court of the United States (SCOTUS) reversed its previous ruling stating that a State could not force an out of state business to collect and remit sales taxes unless they had sufficient physical presence. So what happened and what does it mean for you? 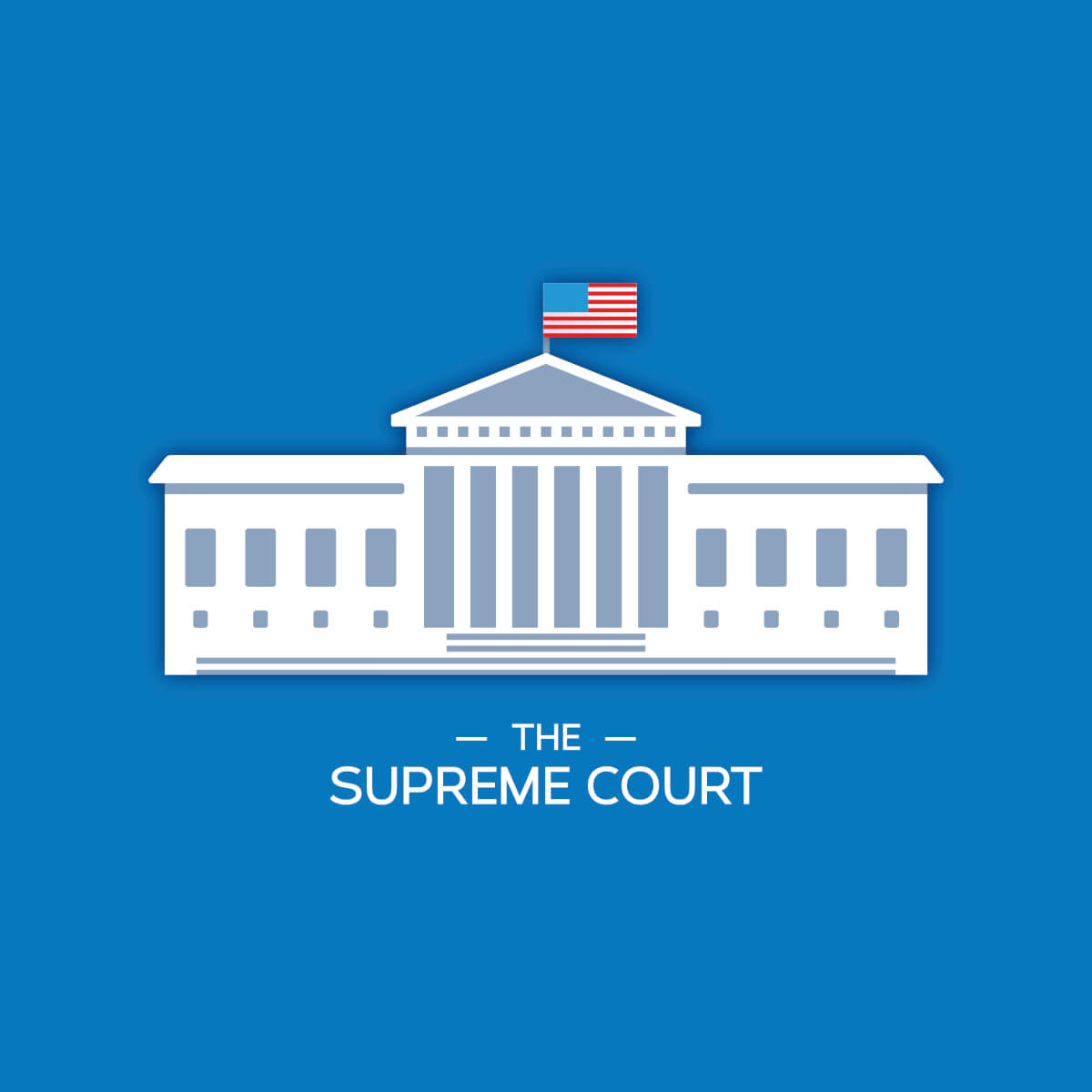 Way back in 1992 the Supreme Court used a case called Quill Corp v North Dakota to place a limitation on who States could require to collect and remit sales taxes on their behalf. This case defined the “substantial nexus” requirement as a physical presence standard. At the time of the decision it was viewed even by the Justices as being flawed but necessary given the 2 following factors: state sales tax rules were a mess and the burden to comply was onerous.

Well one thing has changed. The advent of computers and software programs have made complying with the reporting and remittance requirements much easier.

Sales taxes have been around since 1921 when West Virginia imposed the first cross the board sales tax. Pennsylvania had an excise tax previous to that but only on tobacco and alcohol products. The tax is considered a “trust tax”, meaning that the funds are collected and held on behalf of the jurisdiction assessing them. Unlike income tax which is assessed on the business doing the selling, a sales tax is rooted in the concept of taxation with representation since the person being taxed, the consumer, is a local purchaser who has a say in that jurisdiction’s governing through their vote.

In South Dakota v. Wayfair, all of the Justices agreed that equating substantial nexus with a physical presence, as was done in Quill, was arbitrary, essentially creating a “judicial tax shelter” that could be exploited by remote sellers through the use of technology even though they may sell the same products as an in-state seller. They also all agreed that taxing a sale into a State in accordance with that State’s rules and regulations is lawful. The only question they needed to decide was if an out-of-state seller could be held responsible for collecting and remitting the payment using that same physical presence rule.

Using this case, the Court reversed its previous decision and determined that a business could, as evidenced by all of the on-line sales activity, have a “substantial nexus” (presence) by the sheer volume of sales that a business has in a particular jurisdiction, an “Economic Nexus” if you will, by availing “itself of the substantial privilege of carrying on business in that jurisdiction”. Citing Amazon as an example, Justice Kennedy pointed out that the largest retailers no longer require a physical presence in a State to do business and that “the systemic and structural changes in the economy caused by the “Cyber Age”” must override the physical standard imposed under Quill in order to provide an even playing field.

The inability to define what constitutes “physical presence” in an e-commerce setting as evidenced by the various state regulations including “click-throughs”, apps, and cookies in their definitions, also played a part in the decision to reverse the Quill standard.

I’m not selling over the internet so what do I care?

While most of the PR has focused on the ecommerce side of things since that was the catalyst for the case, the actual rule was written using much broader language.  For South Dakota, ANY sale into the state, regardless of the method used (electronic, catalog, trade show, saleperson, etc.), will be counted as an instate sale for the purposes of determining if a business has a taxing and compliance requirement.

What! Now I have to file everywhere???

Not quite yet. While 31 states do have rules allowing the taxation of internet transactions on their books, not all states have an Economic Nexus rule. And the substantial presence requirement, along with some other rules, still exists. So a minor amount of sales will not cause a business to be forced to comply.

The Court was able to rule in South Dakota’s favor due to several unique factors. The South Dakota law created an annual minimum floor of more than $100,000 of instate sales or 200 or more individual transactions as their substantial presence test. This allowed for small out-of-state businesses to escape the compliance burden, bypassing a main concern of the dissenting Justices. The state is also a party to the Streamlined Sales and Use Tax Agreement (SSUTA) allowing for simpler sales and use tax definitions, rates, and rules, and holding the responsibility for all assessment and collection at the state level, rather than allowing every local jurisdiction to administer compliance.  South Dakota also supplies the necessary software for compliance on their website, with immunity from audit liability when used, for free, bypassing another concern of the dissenters.

As for the other States, 24 states are a member of the SSUTA, 8 states currently have economic nexus laws on the books, and a number have proposed economic nexus standards with their legislatures in the process of voting on the proposals. As they do so, we will update the information in our blogs.

Great! My sales are under the minimum so I no longer have to file.

Hate to disappoint you, but the old nexus rules are still in force. The SCOTUS decision only created an additional nexus rule; it did not invalidate the old rules. So if you meet any physical presence tests or standard, you are still required to collect and comply with all filing requirements.

Moreover the South Dakota law was written very broadly such that it includes all forms of sales – taxable, non-taxable, wholesale and retail. So you may meet the minimum reporting level a lot easier than you think and have a reporting requirement rather than a tax collection and remittance obligation.

The issue of Time Travel is still unsettled.

Unfortunately the Court did not rule on whether or not a State could go back in time to assess taxes on past transactions. The South Dakota law was specifically written to prohibit retroactive (pre-SCOTUS ruling) assessments. Certainly if a company has met the threshold for South Dakota or one of the dozen other states with a similar economic nexus rule on the books and has not filed, the company may consider reviewing those laws and determining whether they should file immediately where necessary as those laws have now been ruled valid.

Most assuredly – at least until Congress decides to get involved and settle the matter, as Congress has the power under the Constitution to regulate and limit commerce among the States (interstate commerce). However, in light of the fact that they have been unable to come to an agreement in the 26 years since Quill was decided, it is unlikely they will do so anytime soon. As the various states try to decide what level constitutes “substantial presence” versus a “minor” one in their state, we can expect to see more push back through the court system.

Not so fast. The Quill case never applied to the assessment of income taxes. That particular responsibility falls to Public Law 86-272 and still requires more than a “mere solicitation” of sales activity in the state for those selling tangible personal property (TPP) as these taxes fall under the Intrastate Commerce Clause. So until that law is changed, States still cannot require a business with only solicitation activities in that state to pay income taxes.

Keep in mind though that P.L. 86-272 only covers income tax on sellers of TPP. It does not prevent States from assessing a business any Franchise tax, Net Worth tax, or Minimum fees imposed for the privilege of doing business in the state.

It does NOT prevent States from assessing a business any Franchise tax, Net Worth tax, or Minimum fees imposed for the privilege of doing business in the state.

Those you can be held responsible for just by selling into a State.

As for those of you selling services or digital goods…..well, you have never been protected.

If you would like assistance in determining how this law change is going to affect your business, please contact your Client Service Coordinator or any of the Tax Advisory Group members.

For more information on this or any previous topic, please contact Victoria S. Carlin at vcarlin@dopkins.com.

Victoria has over 27 years of experience in providing tax consulting, compliance and tax audit representation to closely held businesses, delivering a full range of tax services in federal, multi‐state, and cross-border tax laws and regulations for partnerships, S and C corporations, and individuals.